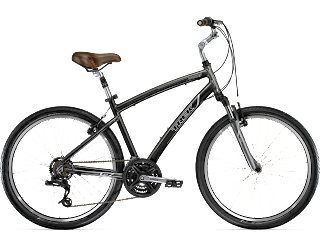 Yesterday, Joel and I started an experiment with trying to bike as much as possible instead of driving in town. We're trying to be more intentional about biking (or walking) to places that the only reason we would drive is for convenience. (Pictures are of the bike I have a a Burley double trailer similar to the one we have.)


Ground Rules of this Experiment: 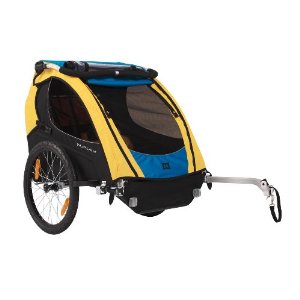 We started yesterday, and we did pretty well at first: Joel biked his commute (2.4 miles); I biked the kids over to a babysitter and to my office and back to the babysitter (7 miles). Then Joel and I decided to use a gift card we had to see a movie in another town, so there went that day (33.6 miles)! Gas saved: not quite 1/2 gallon, money saved: around $2. Gas spent: a little over 1.5 gallons, money spent: about $6. Of course, there's also the added benefit of fresh air and exercise, so we saved in that department!

So who wants to join us on this experiment? We can make it a competition! Start today, if you'd like, and go for a month, and let me know how you do after one month.
Posted by Unknown at 1:17 PM